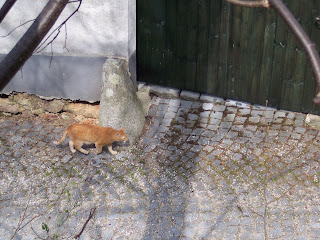 The directness of interaction with their environment that you perceive in animals is instinctive rather than realised. It may be useful to draw a distinction here between living in the physical form of an animal and living in the animal-realm.

Having a physical animal form does not necessarily mean that such a being always dwells in the animal-realm. We have met horses—for example—who certainly possess a sense of humour, which would usually be regarded as a human characteristic. We have heard of animals and birds who create and manipulate tools, and of others who display acts of selflessness and kindness. Such characteristics might suggest that these animals may in fact dwell in the human-realm – at least in part.

It can be recognised that those who have the physical form of human beings can display animal characteristics: those who slavishly follow the dictates of fashion, for example, display lack of freedom of choice. Those who live their lives regimented by habitual rules, or eat with no real appreciation of taste, texture, aroma, or aesthetics, are closer to the animal-realm than the human-realm. Those who follow a sports team to the degree of having aggression towards rival supporters are living an animal-realm mentality.