The three poisons—attraction, aversion, and indifference - Battlecry of Freedom 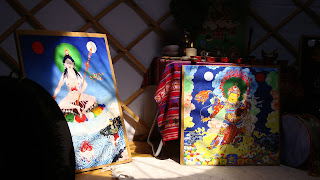 The three poisons—attraction, aversion, and indifference —are the three root misconceptions.

The continual pattern of perceiving an object, classifying it, and responding with one of the root misconceptions drives the wheel of cyclic existence. The three poisons include the entire range of possible response.

Attraction encompasses a slight preference, to the extreme of obsessive, compulsive, uncontrollable desire.

Indifference is ignorance in that the object of perception is ignored. It is active ignorance rather than simply not knowing through lack of information. Indifference ranges from not caring enough to notice someone or something, to the extreme of blatantly ignoring someone’s need despite having the opportunity and capacity to help.