The Good, the Bad and the Neutral - Battlecry of Freedom 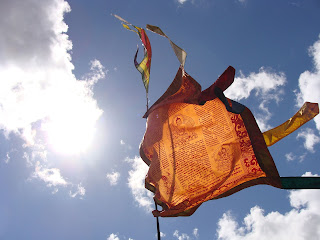 From the classification of whatever is perceived by the mind three habitual responses arise. These responses are described as poisons because they arise from classification, rather than from direct experience. Through Mind Training it is possible to discover direct, clear perception, and thereby transform the three poisons into the roots of goodness.

All phenomena are perceived in relation to personal identity. They are classified as good, bad, or neutral; or as friend, enemy, or stranger; or as supportive, threatening, or irrelevant. These are the three objects.

Classification leads to response. The good, friendly, or supportive gives rise to attraction. The bad, antagonistic, or threatening are met with aversion. The neutral, unfamiliar, or irrelevant are greeted with indifference. These three responses are described as poisons[...]. They poison direct perception because they filter perception through classification.