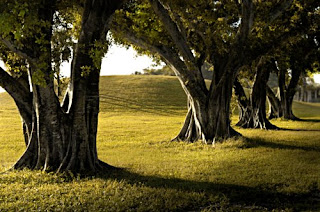 In this video from February 2010, Ngakma Nor’dzin and Ngakpa ’ö-Dzin explain what it means to be an apprentice within the Aro gTér Lineage.

Ngakma Nor’dzin: To be our apprentice means that you have decided that you feel that we as individuals could be your teachers, and that you feel that you want to enter into some sort of a long term relationship with us, in that way. You feel that the Lineage—the Aro gTér Lineage—is the right place for you. It feels like home. You feel that the community of practitioners—the Sangha—that you’ve met, the other people within the Aro Lineage – that they are the sort of people you would like to be like, you’d like to get to know them, you’d like to be part of that community. Now from a practical point of view, being an apprentice simply means that you’re able to come on apprentice retreats. Apprentice retreats often cover similar topics of teachings that you get on open events but perhaps in a little more depth. Probably the primary benefit of becoming an apprentice is that you can have an ongoing relationship and communication with us. You can write to us, you can visit us. You can develop a very personal relationship with us and you can have individually-based instructions.

Ngakpa ’ö-Dzin: I think there’s something quite important also in terms of the word ‘apprentice’. If you were apprenticed to a blacksmith, eventually you would become a blacksmith. If you’re apprenticed to a carpenter, you eventually master that trade. So there’s the idea that we’re not students forever, in the sense of never being complete in knowing what the practice is and how to carry it out. There is quite a practical bias in the use of the word apprentice rather than student. We are Apprentice Tantrikas aiming to become masters of the trade of Tantrikas – you might say. This means that our involvement in apprenticeship is one where we are continually learning.