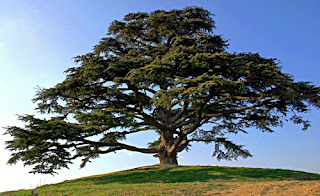 In this video from February 2010, Ngakma Nor’dzin and Ngakpa ’ö-Dzin explain the refuge of no refuge.

Ngakma Nor’dzin: I think refuge is a rather unfortunate translation of the word ‘kyab’ (sKyabs) because we have all sorts of associations with the word ‘refuge’ that don’t really have anything to do with what is meant in Tibetan Buddhism by it. We think of refuge as a place of safety – somewhere we can go to take us out of a bad situation, so that we’re in a safe situation where everything is going to be nice and comfortable and we’ll be alright.

We take refuge in the Buddha who is fully awakened, fully realised. The Buddha is the completely enlightened being that knows exactly what it means to experience ‘as it is’. We take refuge in the Dharma, the teachings of practice that challenge us continually – so again it’s not a place of safety, it’s a place of challenge. We take refuge in the Sangha who are not the friends who are going to say, ‘There, there, it’s all right. Everything’s going to be fine,’ or join us in our neurotic destruction of the person down the street who is a bit peculiar. They’re the people who are going to say, ‘Well actually, that’s not a very kind thing to say,’ or pick us up and bring us back to being practitioners.

So to take refuge is to take on living as a Dharma warrior, living as somebody who is going to be straightforward, honest, truthful, kind, honorable – a genuine warrior in the ancient sense of a knight in armour who went into battle emblazoned in bright colours and was fearless in the face of possible death.

Ngakpa ’ö-Dzin: To take refuge is a challenge. It becomes the bottom line of how we are as people. We advise people to think carefully before taking refuge. It’s seen as making a statement that, ‘I am a Buddhist’ but that in itself could be entirely meaningless if it happens on the basis of some sudden emotional involvement with practice, because what we’re saying is we’re actually taking vows at that time – that where we go and what we look to are the Buddha, the Dharma and the Sangha. We don’t go back to our own neurotic tendencies in order to deal with life situations. When taking refuge we are setting ourselves up for that challenge and taking that seriously.