September 2013 - From Office to Opening Day 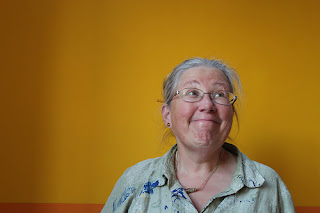 Inspired by Aro Ling Bristol, we looked for a place in Cardiff to create a small Buddhist Centre. Aro Ling Bristol had shown how much of a difference it made  to have a public space in the city.

We were looking for a place that was within walking distance of our home in Whitchurch, and of course, not too expensive to rent. After viewing several places we eventually found a room to rent over Chambers Estate Agents in Whitchurch village.

At the time we looked at the place it had only just ceased being an office and still had all the desks, chairs and cupboards that you would expect.  The walls were a plain magnolia.  We measured the room, and talked to Chambers about renting.  We then went across to Coffee#1 to make the big decision.

We signed for the place at the end of August 2013, with the intention of opening one month later.  So began the process of transforming a plain room in Whitchurch into a traditional Tibetan shrine room.  This involved Ngakma Nor'dzin in working long days and late nights to ensure that everything was ready on time.

The slideshow shows the gradual transformation of the room and includes photographs from the blessing by Ngak'chang Rinpoche and the Opening Day on 28th September 2013.