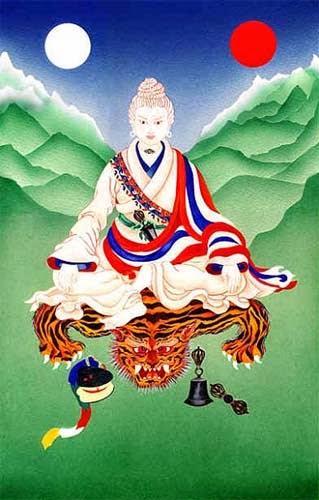 The three Lamas – Aro Yeshé, A-yé Khandro and A-shé Khandro, taught and gave transmission as an inseparable set, and their disciples considered the silence of enigmatic Aro Yeshé to be as loquacious as the oral instructions of the two khandros. Aro Yeshé was said to be very much a male reflection of his mother and disciples often saw the two of them merging during the times when transmissions were given to the vajra assembly.